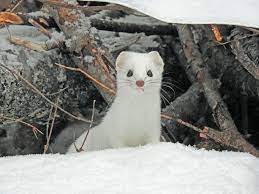 Let the earth bring forth the living creature after his kind,

and beast of the earth after his kind:

and it was so.

25 And God made the beast of the earth after his kind,

and cattle after their kind,

and every thing that creepeth upon the earth after his kind:

and God saw that it was good.

If there's one thing GOD designed me for, it's probably to laugh at anything downright funny.

I was praying before bedtime, thanking GOD for everything.

Then remembered the white weasel from a BBC Earth documentary I watched yesterday.

Simply had to tell you about it today.

Sure, people use the word "weasel" to describe an untrustworthy person.

Someone who'll "weasel" their way through something.

After watching the video, I realized what they meant, merely because of this creature's way of rapidly moving about.

(Not to mention what other sites say about his destructive abilities.)

What caused me great laughter was at how he dragged a mouse he had preyed upon, put on reserve, from his underground snow den.

To keep himself warm, the weasel took out tufts of the rat's fur, covered himself swiftly and sporadically with it, then just as quickly, dozed off.

Nestled against his prey, too.

When you watch such documentaries, you'll be amazed at GOD's creation.

At how He designs everything perfectly.

And with great humor, and creativity.

Every creation, plant, human, animal, earth, has its own distinct character, and characteristic.

The earth is truly GOD's playground.

And to think He created everything in just SIX days.

31 And God saw every thing that he had made,

it was very good.

And the evening and the morning were the sixth day.

If you have the heart of a child, you will marvel at GOD's creation. 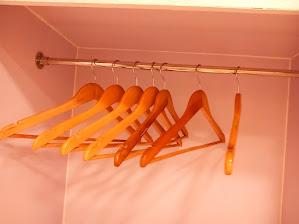 John 1:3-4 King James Version 3 All things were made by him; and without him was not any thing made that was made. 4 In him was life; and the life was the light of men.

Leila Casusi
The work I do, is share GOD's WORD with you. 1 Thessalonians 5:23 King James Version 23 And the very God of peace sanctify you wholly; and I pray God your whole spirit and soul and body be preserved blameless unto the coming of our Lord Jesus Christ.